“It’s time to move from algorithm exhaustion to collaboration”

Today, Solita and Alice Labs published an international study that takes a deep dive into the relationship between AI-based recommendation engines and users. The study was carried out in five countries and is part of the two-year Everyday AI project in which two large streaming services were involved, including Finnish Broadcasting Company Yle. The research results call into question the user’s current role as a passive recipient. The report recommends more creative interaction between human and machine by providing users with more varied interactivity.

The report by Alice Labs and Solita, agencies specialising in strategic consumer insight and digital service development, focuses particularly on the recommendation systems used in mobile and online news as well as music and video streaming. The study’s results are based on 60 in-depth interviews of streaming service users in the USA, China, the Netherlands, India, and Finland, conducted during 2020–2021. Alice Labs carried out the study in cooperation with the University of Helsinki’s Centre for Consumer Society Research, and it was funded by the Foundation for Economic Education.

Current AI-based recommendation systems aim, for the most part, to build their recommendations autonomously based on user past behaviour. Researchers, however, are keen to remind us that this may lead to incorrect conclusions, because both the context of use and user expectations change frequently.

This interview-based study presents four typical situations, in which current recommendation systems and their users end up at an impasse:

Artificial intelligence and recommendations: From algorithm exhaustion to collaboration

Instead of building fully comprehensive autonomous recommendation engines, researchers recommend providing more opportunities for users to influence the recommendations they get.

“These results call into question the current thinking in which users are passive recipients, and they point towards a new way of thinking about the creative interaction between recommendation and the user. With this new understanding, we will be able to build recommendations that answer human needs much more richly,” concludes Solita’s Insight Lead Antti Rannisto. 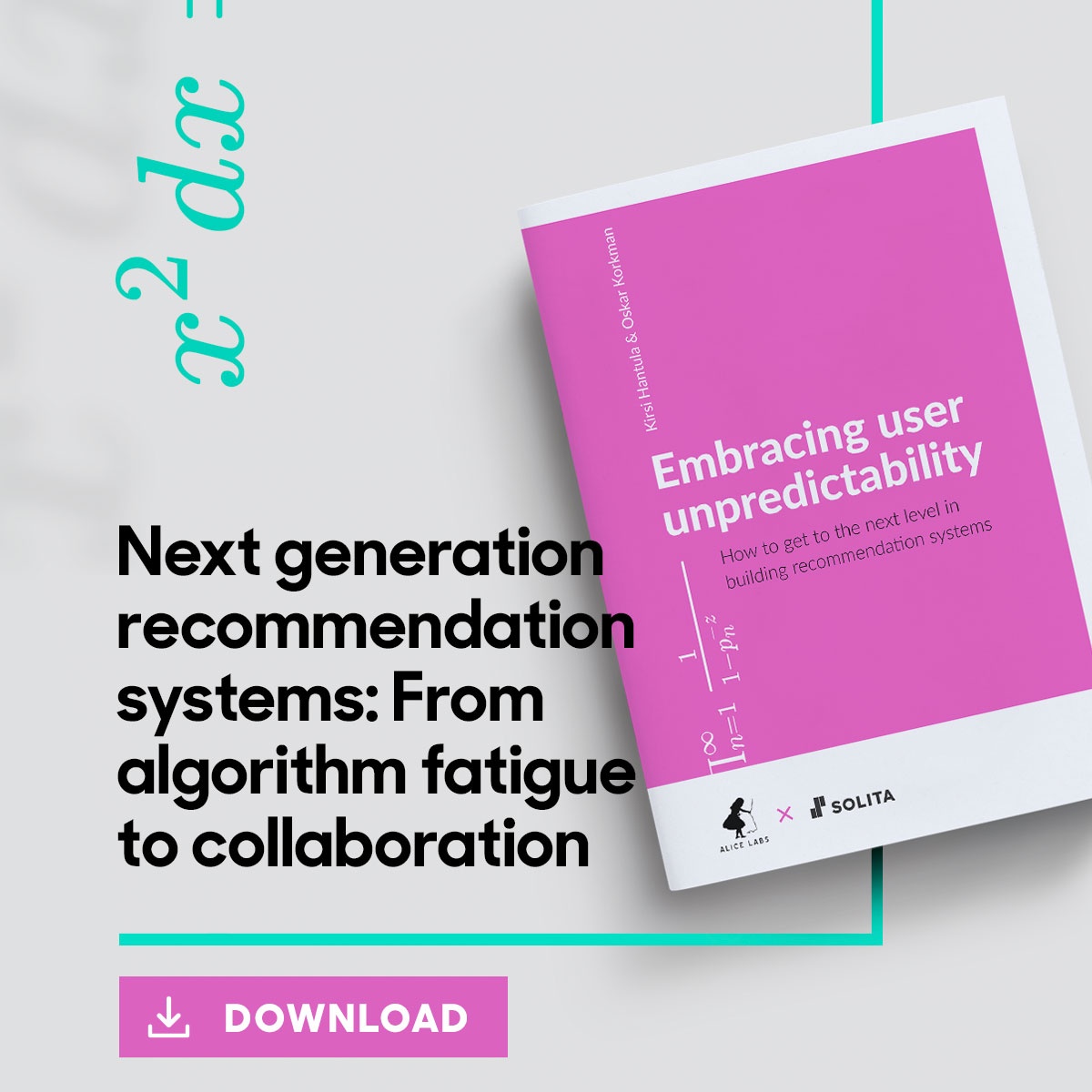